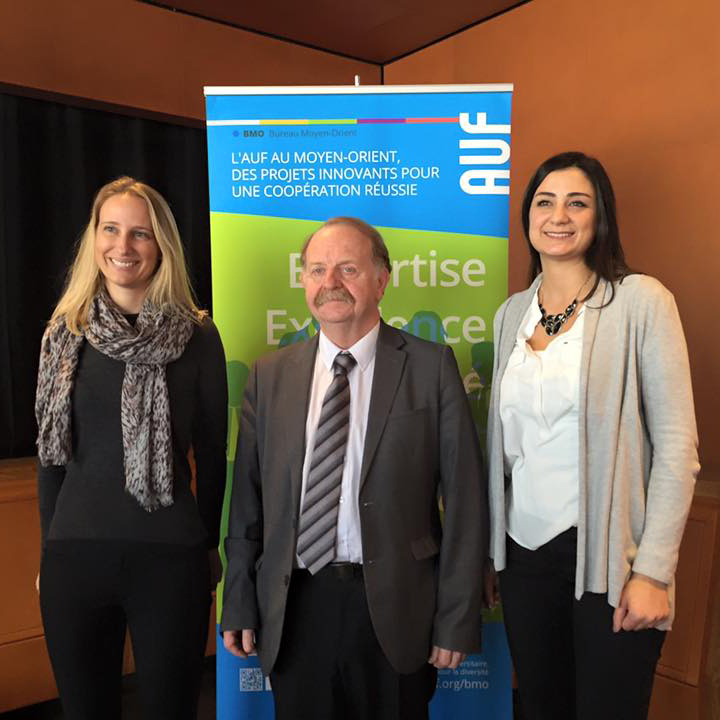 Aline Gemayel, co-founder of Modeo Systems, was one of the two female entrepreneurs awarded by the Agence Universitaire de la Francophonie (AUF) for her innovative startup idea this February.

Aline pitched her business “en français” to a jury during the ‘Femme Francophone Entrepreneure’ (FFE) competition, which was organized by AUF (which grants the cash) and Berytech (which supports the startups) and won the second prize of €8000!

When asked what she’ll be doing the cash prize, Aline said: “I’ll be able to achieve a more advanced prototype and further develop the quality of my product.”