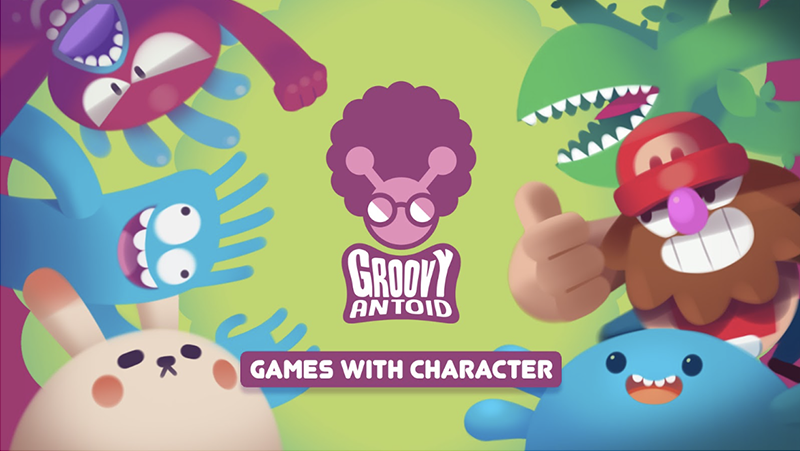 While summer is usually a downtime for most people, 3 Speed@BDD alumni have decided to make it the time of their lives! George, Fouad, and Samir, the founders of Groovy Antoid, a Speed@BDD Batch IV startup, have traveled all the way to Singapore as they have been selected as 1 out of only 10 global startups to join the 2018 Class of the Rakuten Accelerator powered by Techstars. Here is how these 3 avid gamers made it to Techstars and how they became the 2nd Lebanese startup ever to have been chosen by the world renowned startup accelerator!

Following the Arabic Game Jam competition in Beirut in 2013, George, Fouad, and Samir started making games together just for fun! ‘Their love for quirky old-school games brought them together and they kept prototyping game ideas and participating in weekend game jams whenever the opportunity came up’¹.

Following the success of one of their games, Fat Bunny, among the Lebanese gaming community, they decided to join forces and start a gaming startup/studio. And that’s how Groovy Antoid was born!

The team applied to Speed@BDD’s fourth acceleration program which ran in April 2017 and were successfully selected. What distinguished this fourth acceleration was its partial vertical focus on gaming. We, at Speed@BDD, had accepted 9 startups, of which 2 were gaming studios. Groovy Antoid attended our 3-month acceleration program, receiving $30K in cash and its equivalent in in-kind services (coaching by the in-house team, mentorship from gaming experts, free hosting, product and business development, pitching practice, investor connections, financial advisory, etc..).

The program concluded with Demo Day where they pitched their business to a carefully selected crowd of 250+ investors, top mentors, and key players in the local startup ecosystem. They also shared with the attendees a polished version of Fat Bunny, which was later published by CMGE and Appsolute Games in China in early 2018.

This first release gained massive traction (more than 500K downloads), helped the team win gaming awards and most importantly, allowed them to develop a sustainable business model for their studio’s future releases! If you haven’t downloaded Fat Bunny yet, hop along here to check it out!

In a short period of time, the team had established itself as a pioneer in the Lebanese gaming industry. George, Fouad, and Samir regularly organize get togethers to share their experience with newcomers in the gaming community as well as hackathons and workshops. In January 2018, the founders raised a seed round of $120K from a Lebanese angel investor which has allowed them to grow the team and start working on their new game, Sticky Pigeons.

In July 2018, Groovy Antoid were selected to join the 2018 Class of the Rakuten Accelerator powered by Techstars, the world renowned startup accelerator. The team headed to Singapore in mid-July, becoming the 2nd Lebanese startup ever to have been chosen by Techstars (after ReAble).

Groovy Antoid will undergo an intensive 13-week program during which they will develop Sticky Pigeons further while exploring new opportunities and markets to expand to, with the support of the Techstars and Rakuten global networks. They will be working from the WeWork 71 Robinson in case you happen to be in Singapore and want to drop by! Demo Day is expected to be in mid-October.

We’re super proud of our Speed Alumni and wish them a truly enriching experience at Techstars Rakuten!