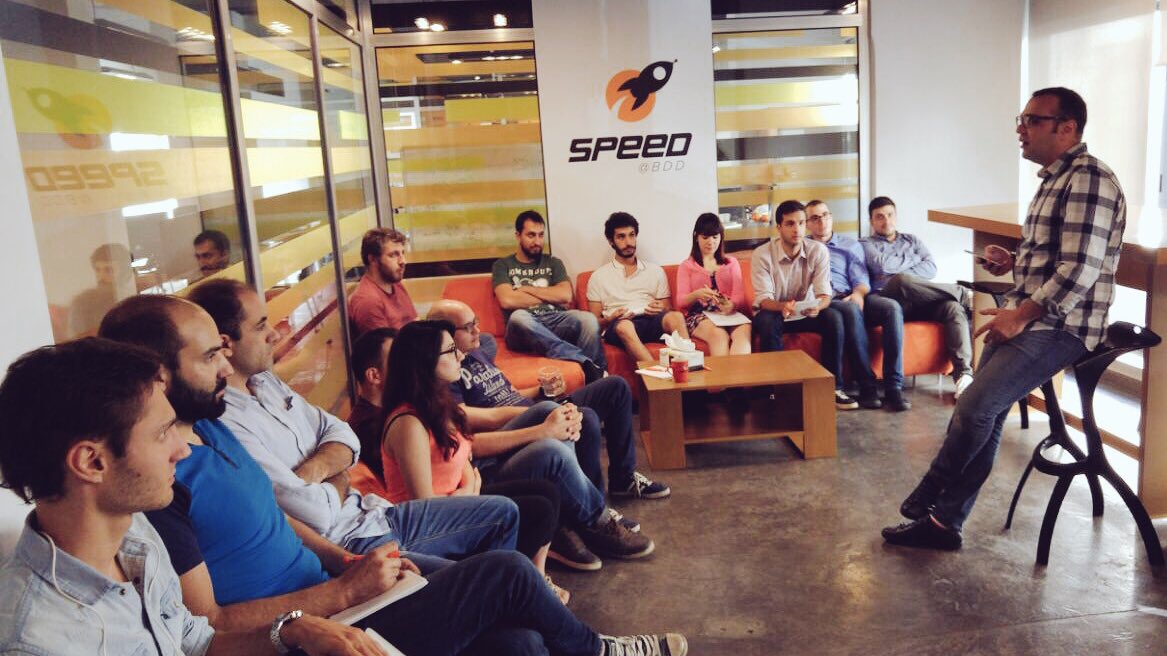 Beirut, 1 November – Our Batch III startups are already halfway through Speed@BDD’s acceleration program. They’ve told us how excited they are for what is yet to come in the upcoming month and a half in terms of sessions, in-house coaching, and events. Every week, they learn something new, not only about building their businesses but also, about themselves.

We spoke with some of the founders and they’ve shared what brought them to our acceleration program and what inspires them to keep going. Finishing up Week 7, we decided to check in with them and see how things are going.

“The acceleration program has been going by really fast! It is intense and we are doing our best to meet expectations, whether from partners, customers, or the internal Speed@BDD team,” said Nader, co-founder of Petriotics. “Time has been flying by since week 1. Everyone was very accommodating from the get-go, and within a couple of days, I felt fully part of the system”, added Andrew Malouf, co-founder of Parkr.

Inspirational talks by Speed@BDD’s star mentors continue to be our founders’ favorites. Delivered by entrepreneurs who have gone through a similar experience, Batch III startups were able to connect with the mentors and learn from them.

When asked about where they would be by the end of acceleration, Julian, co-founder of Wango, and Lucien, co-founder of Dentiflow, both hope to have validated their proof of concepts while Hasan, co-founder of Tradimum, aims at launching the new version of the software and getting even more customers on board.

Finally, we leave you with the unanimously voted funniest moment to have happened during acceleration so far. The human bowling game might have started with Batch II in one of our weekly happy hours but this batch has definitely taken it to the next level. Note that no founder has been harmed in the game.