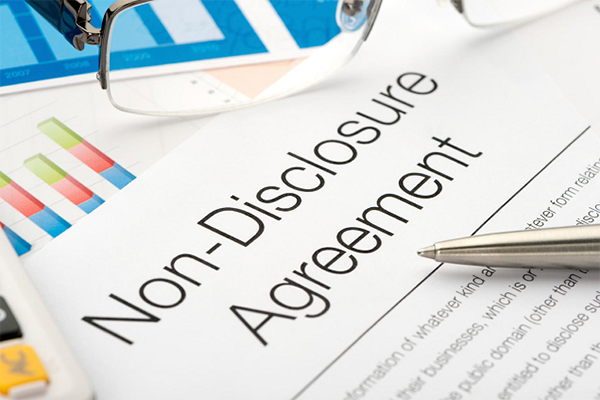 It always comes back to the fear of sharing your startup idea and the need for a non-disclosure agreement (NDA).

The Speed@BDD team has received hundreds of applications since the accelerator started operating in 2015. The most common concern a lot of aspiring entrepreneurs have is the fear of sharing their ideas. Founders with different experiences often tell us: “If I share my idea, what guarantees that it won’t get stolen?” and “Can you sign an NDA before I submit my application?”.

If all it takes to steal an idea is hearing about it, it’s not a good idea. Not to diminish an idea, they have power. But it’s about all the hard work. – Jake Schwartz, CEO of General Assembly

While hesitating about sharing your idea is normal, the truth is that you can greatly benefit from telling people what your idea is about and what you hope to achieve.

Sharing gives you the opportunity to validate your solution; get your idea out there and find out if it will work before you invest too much time and money in it. The longer you abstain from sharing it, the higher the risk that you spend effort working on an idea that will not resonate with your potential users. Being secretive does more harm than good in many cases.

Sharing your idea is also a great way to grow interest in your startup and makes getting support easier. You run the chance of meeting potential partners, mentors, investors, and employees. If you keep your idea secret, how could anyone figure out how to actually help you? Talk about your idea when meeting new people but refrain from giving out commercially sensitive information if you do not know exactly who it is you are talking to.

If someone does take your idea, they will never have the passion you have for it because they didn’t come up with it. – Joel Gascoigne, Co-founder and CEO at Buffer

An idea in itself does not constitute a business. No matter how unique you think your idea is, other individuals or companies might have already identified the problem that you are solving; they are just working on it differently. So the fear of sharing an idea is unjustified because ultimately, what will make your startup succeed is your team, your execution, and the right product/market fit. Focus on how best to grow your startup and do not worry too much about your idea being stolen.

A Non-Disclosure Agreement (NDA) is a legal agreement where one party contractually agrees not to share certain information with other parties. The scope of the NDA can vary depending on the exact wording. The party that initiates the NDA generally has intellectual property that they want to protect in order to maintain a market advantage.

An idea is a first step to building a startup, but without identifiable embodiment of the idea, there can be no intellectual property to protect.

We are in the business of accelerating, backing, and empowering startups, not starting them. Our team is held accountable at the highest levels of professionalism and ethical behavior.

Would we, at Speed@BDD, sign an NDA so you could share your idea with us? We hear and receive hundreds of startup pitches and many of them are similar. If we had to sign NDAs for each one of them, we would not be able to discuss other ideas that come our way.

The more we share, the more we have. – Leonard Nimoy, American actor and film director