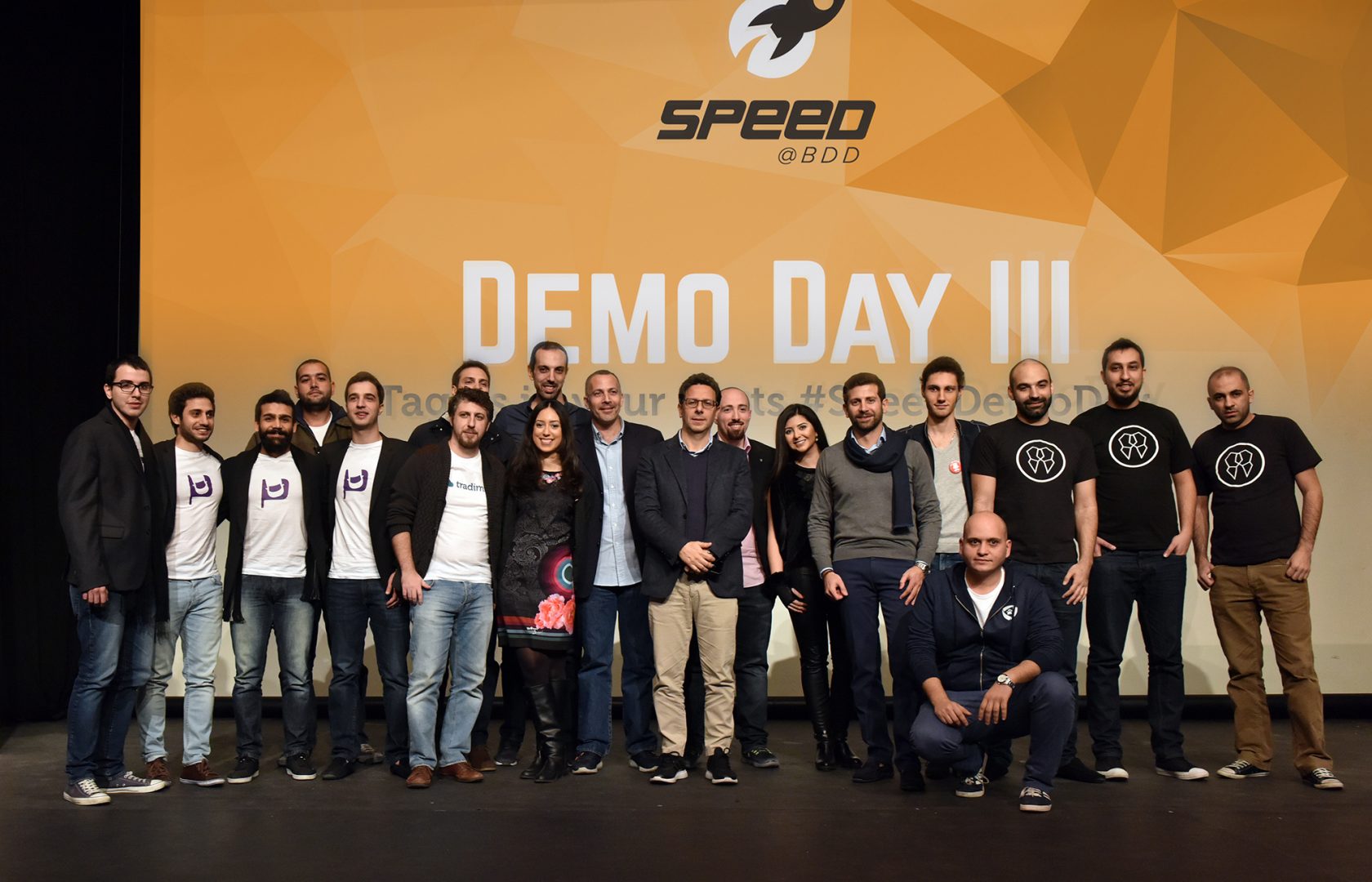 We held our third Demo Day yesterday, on Tuesday December 20, 2016, at the Lebanese American University (LAU), in Koraytem, in collaboration with LAU’s Alumni Relations Office. Five startups pitched their businesses and showcased their products in the presence of 200+ investors, officials, students, and media representatives after completing the three-month acceleration program.

“At Speed@BDD, we proud ourselves with the quality of coaching and mentorship. From day one, we have equipped our team with full-time technology and business coaches who are dedicated to constantly support startups on a daily basis,” commented Sami Abou Saab, our CEO, during the welcome note at LAU. “The value provided to the startups goes beyond our in-house resources. We have created a network of 70+ mentors who are actively involved with the founders on their journey. We also recently joined the Global Accelerator Network, which provides us with access to a pool of worldwide mentors from 70+ international accelerators. In addition, startups receive GAN perks amounting to hundreds of thousands of dollars in savings to run and grow their businesses.”

Walid Hanna, Speed@BDD’s Chairman and co-founder highlighted, “Since the beginning of its operations last September, Speed@BDD has accelerated 18 startups, including some founded by international entrepreneurs. Speed@BDD has accelerated home grown ventures as well as attracted quality diaspora entrepreneurs to secure acceleration and funding from Lebanon. With the support of the Lebanese Central Bank’s Circular 331 and USAID, Middle East Venture Partners, Berytech, and IM Capital have tangibly seen the fruits of Speed@BDD’s efforts and are reinvesting in the accelerator for it to continue supporting top-notch startups for the local ecosystem.”

Before the five startups went on stage to pitch their businesses, Sami conveyed: “Once again, the startups that joined our acceleration cycle proved to be at the top of their game. Persistent would be the best word to describe Batch III founders; their passion and drive kept them going through the challenges and obstacles they faced.”

As part of our mission to support entrepreneurs, we are continuously establishing new partnerships and seeking valuable deals that can benefit the startups joining our 3-month acceleration program. While our new GAN membership has provided founders with numerous advantages on a global scale, we have recently sealed the deal with its strategic partner, the Beirut Digital District (BDD), to offer our startups free hosting at the heart of Beirut after their graduation. This new addition ensures that each startup receives 6 months of free desk space as well as preferential discounted rates on the following 6 months of hosting.

Speed@BDD is currently accepting applications for its fourth batch, which is due to start in March 2017. The acceleration program welcomes startups at the Idea or Minimum Viable Product stages, willing to commit to the three-month acceleration in Lebanon. The application deadline is January 22, 2017 and the full details can be found here.