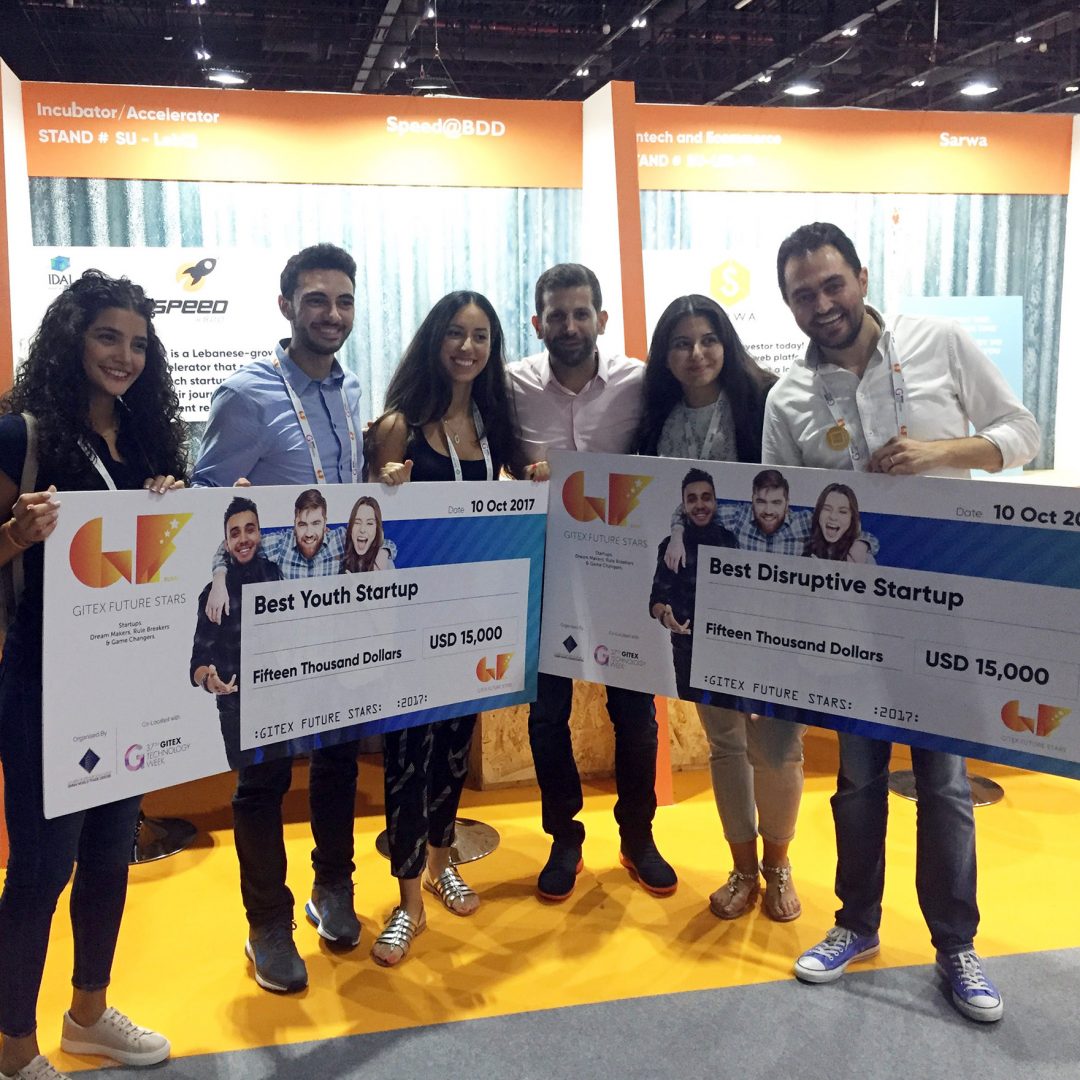 The Speed@BDD team met the GITEX Future Stars organizers earlier on this year in Dubai and knew that the Global Startup Movement Competition would be a great opportunity not only for our alumni but also for the whole Lebanese ecosystem!

After receiving sponsorship for free booths from the Investment Development Authority of Lebanon (IDAL) and support from the Lebanese Prime Minister’s office, Speed@BDD gathered 13 Lebanese-founded startups and organized a delegation to GITEX Future Stars 2017. The startups submitted their applications to pitch and compete for prizes worth a total of around $180K and each received a fully branded booth. Scroll down to read about the 13 startups!

More than 200 startups applied to the competition, 50 pitched at the semi-finals, and only 17 made it to the finals on October 10. The competition was fierce and after deliberations from a jury consisting of MDs from Astrolabs, Techstars, 2071, BootUp and Expo2020, two Lebanese startups and Speed@BDD alumni won!

Fig, another Speed@BDD alumni, only made it to the semi-finals but won the fintech track in Wamda’s Unbox Lounge activities earlier on this week. The founders will be meeting with Barclays to see how they can implement their solutions at the renown bank.

We, at Speed@BDD, are thrilled to have been able to support the Lebanese ecosystem and help in making it shine in the MENA region!