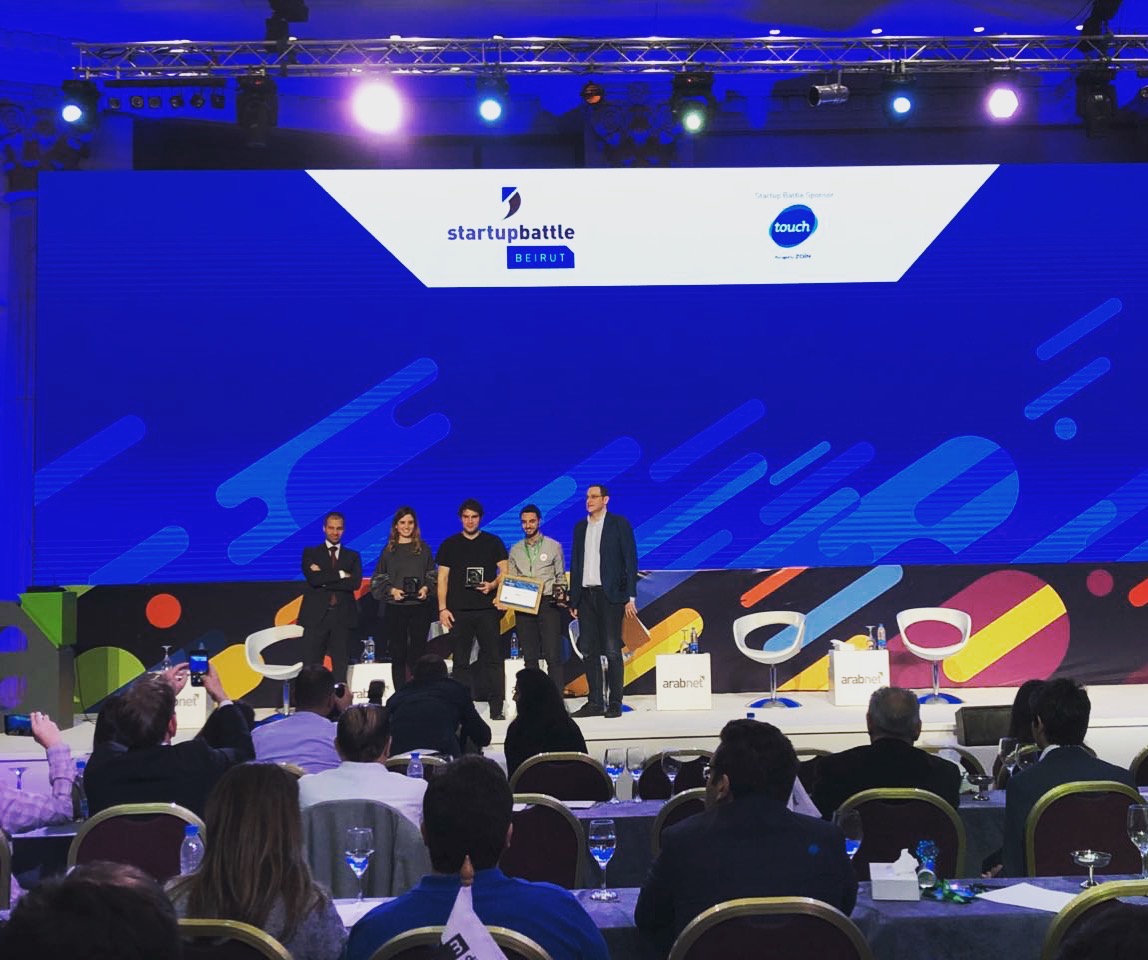 The 9th edition of ArabNet Beirut wrapped up yesterday with 3 local startups qualifying for the regional Startup Battle final in Dubai. Among them and in first place were Speed@BDD alumni Ibrahim Ezzeddine and Basel Jalalleddine, founders of Cherpa.

In the past year, Cherpa’s two founders underwent Speed@BDD’s fourth acceleration program and graduated in July, winning a $50K investment through Speed@BDD’s Seed Boost initiative on top of our $30K cash injection – as part of the accelerator’s deal – and Kafalat iSME’s $15K grant. We also sponsored the team to spend two-full weeks in Silicon Valley’s Lebnet Ignite powered by Blackbox Connect follow-on immersion program. In October 2017, Cherpa participated in the Lebanese delegation to GITEX that was led by Speed@BDD and won the title of Best Young Startup with $15K prize.

Yesterday’s victory in ArabNet‘s local Startup Battle will allow Cherpa, now a 7-member team, to compete regionally for the chance to win a cash prize and another trip to Silicon Valley!

We couldn’t be prouder!

Cherpa is an online platform that teaches robotics and electronics to youth in a fun and interactive way. From building and coding projects to interacting with virtual missions, Cherpa is introducing a new dimension that reshapes the world of robotics.